Yes, I loved balloons when I was a kid. They were a big part of every birthday party I attended in grade school.

So when our kids came along we wanted their parties to be awesome too but latex balloons aren’t great for the planet so I went looking for biodegradable latex balloons or other alternatives.

Unfortunately, while the balloon industry says it has “eco-friendly balloons”, what I found were party balloons that were anything but eco-friendly and before you buy biodegradable balloons, you need to know what I learned.

It doesn’t matter if they’re latex balloons, mylar balloons, or foil balloons, none of them are good for the planet.

While the helium that they can be filled with is completely harmless (it’s an unreactive gas that disperses safely in the atmosphere when a balloon deflates and even the biggest balloon release events can’t make much of a dent in changing the helium content of the atmosphere), the materials that they are made of are not eco-friendly alternatives to traditional balloons.

Can Helium Balloons Be Biodegradable?

No. It appears that even when you use natural latex to try and make biodegradable balloons safe for use, they just aren’t “biodegradable” in the way that we want them to be.

And while watching balloons float is awesome and filling balloons can be fun, there’s simply no doubt in our minds that we should no longer consider using them even if we are offered a natural latex balloon.

What Evidence Is There That Balloons Don’t Biodegrade?

Well, firstly, we might ask why anybody thought that balloons were biodegradable in the first place? It turns out that the theory was that when balloons blow around in the air, they would (once the birthday party or whatever was over) burst into tiny pieces and as latex is a biodegradable material, balloon enthusiasts were fine as every balloon could be seen as an eco-friendly balloon.

Unfortunately, the scientists who came up with this theory appear to have been too keen to have water balloon fights in the car park at work rather than taking solid notice of how most balloons, whether for birthday parties, actually come to an end and worse, they never even bothered to see if the bits of their water balloons did decompose over time.

This isn’t unusual. After all, most of us would consider an oak leaf to be biodegradable, right?

But, in fact, it can take months or years for these leaves to break down.

As scientists told The Conversation when they actually spent hours painstakingly tying balloons by hand to see if they would decompose – the blue and white balloons they started with were still the same 16 weeks later. One observer said they had “sparkly blue balloons” laying around, in fact.

Other experiments have shown similar results and one from an organization called Balloons Blow showed that their balloons end wouldn’t even come about 5 years after their release!

How Long Does It Take For A Biodegradable Balloon To Degrade?

Years and that’s a problem. Because when you buy balloons and let them go, they can become a choking hazard, they can interfere with marine life and have been shown to be a cause of dead sea turtles too. The natural environment is essentially being riddled with even more waste plastic and there’s no need for this.

There’s just no such thing as a kind balloon even if it’s made from latex.

Can You Get Environmentally Friendly Balloons?

No. Even the latest scientific discoveries do not indicate that we can make these items without harmful byproducts. So the trick is to look for great alternative eco-friendly options that leave the planet totally unscathed and which are just as much fun on special occasions.

We’ve got some awesome eco-friendly ideas for you:

Are Balloon Releases Bad For The Environment?

Yes. Lots of balloons are worse than a few balloons. 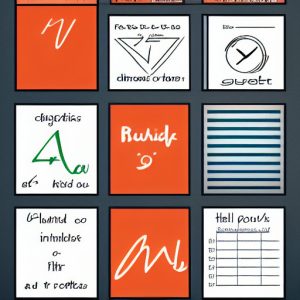