Gaia is another name for Mother Earth.

The idea of a Gaia Principle was first proposed by the scientists Lynn Margulis and James Lovelock.

The mainstream scientific community attacked them as charlatans and quacks but now their theories are widely accepted across all disciplines.

It’s a fact that the fast fashion industry wreaks havoc on the environment. This cannot be disputed.

But how bad is the situation and can the planet survive a world of hyper-fast and super-cheap fashion served up just in time by companies like Shein.

The Fashion Industry Is So Cheap

There’s no doubt that Shein’s products are super cheap. That’s because the company famously won’t waste any money on treating the environment well or their employees well.

It’s easy to be cheap when the first thing to be compromised is your ethics. Ethical fashion is hard and yes, it comes at a price but it’s a price worth paying all the same, because if you don’t pay it money – the planet and your children will have to pay instead.

Cheap fashion is, frankly, crappy fashion and there’s no doubt that Shein’s popular products are not high-quality.

In fact, they’re renowned throughout the industry for being of poor quality. Unlike slow fashion, fast fashion can’t last because it’s not made well enough to last.

Sadly, the damage that this causes to the environment will live on far longer than these garments will.

It’s Killing The Environment And Contaminating The Food Supply

The synthetic fabrics that brands like Shein use carry a huge environmental cost. They use thousands of liters of clean water to manufacture.

This water is permanently polluted by the process and it is allowed to enter major watercourses such as rivers, streams, and lakes, and then?

Fast fashion is literal poison to your body.

It’s Using Up Resources, To Clutter Up Your Life

Our wardrobes are full of clothes from brands like Shein that we never wear and when we’re finished with them?

85% of all textile wastes end up in a landfill! You’re literally paying Shein to clutter up your life and to destroy our resources simultaneously.

In The Long Run, The Fashion Industry Earns More And You Pay For It

Shein has no interest in you saving money. While its clothing may be cheap, all the problems with fast fashion mean that you don’t save money – you just buy more crappy clothing than you used to.

They make more money and you? You pay for it. And in return? You get garbage that you don’t really want to wear and that doesn’t make you happy.

The world is full of ads that are desperate to get your attention so that you can buy more stuff.

Shein’s Tik-Tok accounts and social media presence aren’t there to improve your life, just to eat up your attention and fill you with a need for more of their crappy products.

It, Generally, Looks As Cheap As It Is

And don’t fool yourself, everyone in those Shein ads might look a million bucks in the clothes they wear but the consumer?

They look like the $2.50 that the average item of Shein clothing is worth. Cheap synthetic clothes rarely look good for more than a single wash.

The Fast Fashion Industry Makes Nothing To Last

One of the reasons that Shein won’t share the details of their supply chain or environmental impact is that they know how bad things are and they don’t want you to know.

They don’t make clothes to last, they make them to be disposable to drive an ever-sharper cycle of replacements.

The ROI Is Terrible For You And The Environment

There is no return on investment (ROI) with Shein’s clothing – nobody will ever hunt down “classic pieces” from their collections.

They are all destined for landfills and you can’t even sell them on once you’ve worn them.

Carbon Dioxide Is Just One Many Problems With Fast Fashion

And while there is no doubt that fast fashion drives carbon dioxide pollution, it also drives many other forms of pollution, as well as human rights abuses of the workforce.

Shein is in a part of the world notorious not just for poor labor practices but also for the use of slave labor. Those cheap clothes just keep getting more expensive, don’t they?

Final Thoughts On Fast Fashion Being The Enemy Of Gaia

So, there you have it fast fashion and companies like Shein are the enemies of Gaia and Mother Earth.

If you want to make a positive difference then read our list of fast fashion brands to avoid and then our list of 52 ways to honor Mother Earth and start doing better today. 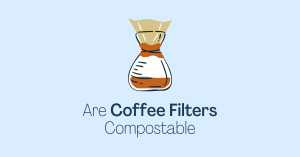 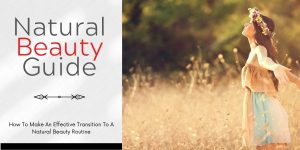