It is one of the most recognized icons the world over but where, exactly, did the peace sign come from?

The story begins in the Second World War and even then, it does so without the peace sign, because it’s a relatively new invention and that makes its popularity at every protest march on the planet even more incredible!

Here’s what you need to know.

The Legacy Of World War II

WW II was the most brutal conflict in the history of the human race and after Germany fell and victory in Europe was assured for the allied forces, the Japanese continued to rampage across Asia cutting a brutal swathe through millions of lives.

The Americans demanded Japan’s unilateral disarmament as a requirement for ending the war, Japan resisted, and thus, on August 6, 1945, the Enola Gay flew over the Japanese city of Hiroshima and dropped the world’s first-ever nuclear weapon on a city.

3 days later, another such weapon was dropped onto the city of Nagasaki and Japan’s involvement in the war was at an end.

It was one man’s deep despair over this turn of events and the proliferation of nuclear weapons and the increasing odds of nuclear war that led to the development of the peace sign.

The creator of the peace sign was an artist called Gerald Holtom. He was part of a group known as the Direct Action Committee Against Nuclear War (DAC). He wanted to create a symbol that showed his objections to British nuclear weapons and to the nuclear arms race at large which would have a solid political impact.

He turned to the code language semaphore for inspiration and created a nuclear disarmament symbol.

The Semaphore Flag Signaling System is an alphabet signalling system based on the waving of a pair of hand-held flags in a particular pattern. The flags are usually square, red and yellow, divided diagonaly with the red portion in the upper hoist.

The flags are held, arms extended, in various positions representing each of the letters of the alphabet. The pattern resembles a clock face divided into eight positions: up, down, out, high, low, for each of the left and right hands (LH and RH) six letters require the hand to be brought across the body so that both flags are on the same side.

If you want to check this take the semaphore sign for N and the sign for D and combine them. You’ll find that the flags held the same positions as the spokes in the peace sign do as they connect to the circle round them.

The peace sign was first displayed in public on an Easter Weekend in 1958. DAC and other groups marched from London to Aldermaston. Aldermaston is where the UK has its Atomic Weapons Research Establishment. It was the first major anti-nuclear march from the peace movement and it would inspire many other such marches in the future.

Following this march, DAC and other groups came together to form the Campaign For Nuclear Disarmament (CND) and the peace symbol is the official symbol of this organization today. Despite this, it has also become a symbol of many other movements that are anti-war and countercultural. CND are happy to share.

The Peace Symbol Comes To America

The peace sign made it over the Atlantic around the time of the Vietnam War.

It would be gleefully adopted by hippies who would wear it on their person as they stood hands palm outstretched outwards and downwards in the manner of goya’s peasant before the firing squad as they faced down the police and other “oppressors” in the civil rights and anti-Vietnam war demonstrations.

It’s fair to say that it’s nearly as well known as the Christian cross symbol is around the world.

Gerald Holtom’s design is a peace flag for everyone, everywhere and, of course, during the Cold War, it would continue to attract the attention of many others, particularly due to the efforts of the Committee for Nonviolent Action (America’s answer to the CND).

The CND symbol is as relevant today as it has ever been, the anti-nuclear campaign has not ceased and while it may not occupy as much of people’s attention as it once did, rising tensions in the world involving China, Russia, and the USA, in particular, mean that we are as close as we have ever been to nuclear conflict.

Experts say that the symbol is a minor masterpiece. Stephen Bayler, the design guru had this to say:

We doubt that Gerald Holtom was expecting to change the world with his design but peace news will always be full of this simple and powerful peace sign.

If you’re inspired by the thought of peace and love, you might also enjoy learning How To Be A Hippie, and reading the Electric Kool-Aid Acid Test and Zen and the Art of Motorcycle Maintenance? 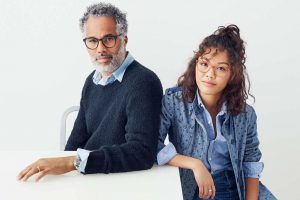 What Is A Social Enterprise?