We live in an age of plant-based eating, veganism, and vegetarianism are on the rise and that means, we’re all looking for the perfect milk substitute.

Now, there’s a new contender on the block – potato milk.

But is it something that we want to drink or is it going to turn out disappointing?

What Is Potato Milk?

If you’ve followed this blog for a while then you’ll know that there are plenty of milk alternatives out there already and you might already be buying your favorite brand of oat milk or making cashew milk at home.

However, it’s fair to say that none of the current crops of dairy alternatives perform exactly the same way as cow’s milk does.

Potato milk is meant to be much closer to the real thing.

It’s made from potatoes and it has a similar texture to milk and has a very mild taste.

There was an attempt to bring potato milk to market in the past but the company went bankrupt prior to a commercial launch and it’s only recently that interest in the idea has been revitalized.

DUG from Sweden will be the first major supplier of potato milk and they’re offering you the chance to try their Original, Barista, and Unsweetened milk offerings.

They say that you have a “super-sustainable” drink here that really is just as good as the real thing.

It uses 2% of the water that it takes to make almond milk, produces twice as much milk per acre as oats, and, obviously, produces nothing like the carbon emissions of dairy cattle.

DUG also claims that their potato milk will foam properly unlike most non-dairy alternatives which will make it super attractive to the coffee industry.

Is It Pure Potato?

No, for the moment the DUG formula also uses pea protein, rapeseed oil, and chicory fiber.

This helps to keep it stable and to deliver the right consistency.

That’s not the end of the world and it has no added gluten, sugar, or lactose which is a good thing. And a lot of people say it tastes great with the best chicory coffee.

We welcome all non-dairy milk products as a healthy plant-based alternative to animal cruelty but we’re particularly excited about potato milk as it appears to be much kinder to the environment than the other choices available at the moment.

We’re also excited to report that cow’s milk sales have dropped by 12% over the last few years and we hope that potato milk will help to ensure this trend continues into the future and we think it will. 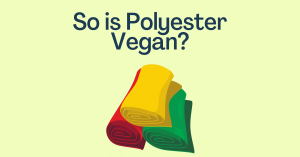