The world’s population is projected to reach 9.7 billion by 2050. That’s a hell of a lot of humans.

As over half of the global population already lives in urban areas, the impact of urban sprawl on sustainability is and will be significant. So it’s more important than ever to ensure that our cities are sustainable.

Sustainable cities are designed and managed in to reduce their environmental impact and enhance the well-being of their inhabitants.

Sustainable urbanism is the key to urban survival, and it’s an idea that we need to embrace if we want to ensure a future for ourselves and for generations to come.

Imagine cities designed to prioritize sustainability, resilience, and inclusivity. Cities that prioritize the well-being of their inhabitants and reduce their environmental impact through green infrastructure, energy and resource efficiency, sustainable transportation, and fostering a sense of community.

These are not simply distant utopias, but real-world examples that exist today.

These cities are leading the way in creating a sustainable future and showing us that it is possible to build urban areas that are livable, resilient, and equitable for all.

Keep reading to discover more about sustainable cities, the challenges they face and the solutions they offer, and learn how you can contribute to creating a sustainable urban future for yourself and for generations to come.

*Please note that this is not a “ranked” list or a “best of” list. It is simply a selection of cities that are considered to be sustainable, but there are many other cities around the world that are also working towards sustainable development. Additionally, the concept of sustainability is constantly evolving and what is considered sustainable can change over time.

Curitiba, Brazil has a unique and innovative system of linear parks, called ecological corridors. They include hiking and biking trails, playgrounds and picnic areas.

They act as a natural system of flood control, by channeling and managing stormwater run-off which reduces the risk of flooding. As well, they provide habitat for a wide variety of plant and animal species preserve the city’s ecological balance.

Amsterdam has an extensive network of bike paths and dedicated bike lanes. The city’s infrastructure is considered one of the most advanced in the world and has played a key role in making Amsterdam one of the most bike-friendly cities on the planet.

Also, a system of canals are used for transportation and recreation, and they also help to reduce the urban heat island effect.

Reykjavik is working towards becoming a completely renewable energy-powered city.

They have implemented a district heating system that uses geothermal energy and have also been promoting the use of electric cars.

Stockholm, Sweden has set an ambitious goal to become fossil fuel-free by 2040. This means that the city aims to phase out the use of fossil fuels such as coal, oil, and natural gas in all sectors of the city, including transportation, heating, and electricity generation.

One of their key strategies has been the promotion of energy-efficient building codes. The city have strict energy performance standards for new and even existing buildings, significantly reducing energy consumption.

Vancouver has implemented a comprehensive cycling network, including bike lanes and bike-sharing programs.

They also aggresively promote the use of electric cars and public transportation.

Copenhagen is known for its extensive network of bike paths and dedicated bike lanes, as well as its high levels of bike-riding commuters.

Fostering a Sense of Community and Social Inclusion

Masdar City, located in Abu Dhabi, United Arab Emirates, is a sustainable urban development that has been designed with the goal of promoting social interaction and community-building.

The city, which is being developed by the Abu Dhabi Future Energy Company, is being built on the principles of walkability, mixed-use development, and sustainability.

Portland is known for its efforts to create livable and walkable neighborhoods. This includes implementing policies and programs that promote sustainable transportation options, such as biking and walking, as well as mixed-use development, which combines residential, commercial, and retail spaces in the same area.

Additionally, the city has focused on creating opportunities for community engagement and social inclusion through the development of public spaces and community gardens, as well as programs that support affordable housing and small businesses.

Includes measures such as the construction of flood protection infrastructure, green roofs and walls, and the promotion of sustainable urban drainage systems.

New Orleans has been working to improve its resilience to natural disasters, particularly in the wake of Hurricane Katrina.

The city has implemented a number of measures, such as elevating buildings, creating green spaces, and improving the city’s infrastructure to better withstand future storms.

Strive for Economic and Social Equity

Medellin has made significant efforts to improve the economic and social well-being of its residents, particularly in marginalized neighborhoods.

This has included the construction of public spaces and infrastructure, such as libraries, schools, and cable cars, as well as programs to promote education, employment and community engagement.

Tokyo has been working to promote economic and social equity by providing affordable housing and improving public transportation in underprivileged areas.

As well as by promoting the employment of women and people with disabilities, and providing support to small and medium-sized enterprises.

The Role of Citizen Engagement

Citizen engagement and participation is a crucial component in creating sustainable cities.

With citizens actively involved in the planning and decision-making process, they are more likely to take ownership of the changes and be invested in their success. Also, this leads to a diversity of perspectives which drives even more innovative solution.

For example, in Curitiba, Brazil, the city government actively engaged with citizens through a participatory budgeting process, which allowed residents to directly allocate a portion of the city’s budget to specific projects and initiatives in their neighborhoods. This not only empowered citizens to take ownership of the development of their community, but it also led to more effective use of resources.

Additionally, in Amsterdam, the Netherlands, a dedicated team of Urban Ambassadors are appointed by citizens to work with the city government in creating sustainable projects, this allowed for an open dialogue between the citizens and the government, which led to better decision making. 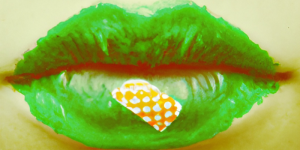