People used to say that “no man is an island” but in our urge to connect and prove this to be true, humanity has built itself plenty of islands in its natural environment, spaces that are apart from nature. We call them towns and cities.

Of course, these urban developments have a real impact on the living species that once inhabited that space and on the new species which move into to share the new space and that’s where urban ecology comes in.

What Is Urban Ecology?

Urban ecologists study the interactions in urban areas between the environment and living species. Urban ecology has become a discipline of extreme importance as the UN now estimates that by 2060, more than two-thirds of humanity will live in towns and cities. We will no longer be a predominantly agricultural industrial species.

Urban ecological systems share the same processes as other ecologies within the environmental sciences and that means many of the ways that the ecologist conducts an ecological assessment in urban places are very similar to those used elsewhere.

Most of all, though, urban ecology is not a single discipline but rather a collection of scientific disciplines that either affect or are affected by urban ecosystems.

What Are Urban Ecosystems?

Urban ecosystems are those that we encounter in everyday urban living. It is hard to treat individual ecosystems as individual entities in urban areas and in fact, it’s often easiest simply to call the entire town or city an ecosystem in its own right.

Often the simplest division for ecosystem services is to divide things into “natural” and “man-made”. Many ecological processes will depend on the environment in which they occur.

Urbanization and The Urban Environment

80% of Europeans already live in cities. There is no doubt that our urban nature is not something that is going to change, our urban future is a reality for our species, yet, we barely understand the repercussions of this action.

The landscape that the ecosystem services is greatly changed by the process of urbanization and even species that are not cleared out initially find themselves facing changes in the physical and chemical components of their environment.

City landscapes are dramatically changing the entire planet and, in particular, in places where urbanization is at its peak. This makes it difficult to make sure that research focuses on the important aspects of change wrought by the urban landscape.

We have no real understanding or urban biogeochemical cycles or how urban fauna and urban flora are able to integrate with our needs from cities.

There is, of course, a restoration ecology movement in many cities as part of a push to make cities healthier places to live in but local and regional conservation can barely hope to have a huge impact without a better understanding of how we might create sustainable development of cities.

Until then even things such as urban weather or the “urban heat island” and its contribution to global warming/climate change are poorly conceived.

Why We Need Ecological Preservation In Urban Landscapes

If we value our own physical and mental health and the health of the cities in which we live, we need to start considering ecological preservation even as we struggle to understand the new built and human environment that we have created.

The climate on land is very different from the climate over the world’s bodies of water. One of the unusual aspects of cities is that they affect the airflow over the whole of the land and this often leads to “urban heat islands” that collect and amplify heat.

This leads to urban geomorphology that creates warmer paces. A city is warmer than surrounding land, and forest. It interferes with how precipitation (rain) is returned to the land too. Creative conservation can use knowledge from other environmental sciences to reduce the impact of urban systems on the climate as a whole.

As you might expect, this is a priority area for study and implementation right now.

Future Ideas For The Ecology Of Cites

There are definitely specific areas of focus for our cities that can help to reduce our impact on the planet, right now. These five areas are the future of the discipline of urban ecological study.

It may be a new concept but the study of urban ecosystem services and the urban biota that impact them is essential for the future wellbeing of our species and most other species we share the planet with.

We believe that the next few decades will see huge progress in this scientific discipline.

If you’re interested in ecology you might also appreciate the best ecology books, the latest discoveries in ecology, and Earthdance. Enjoy! 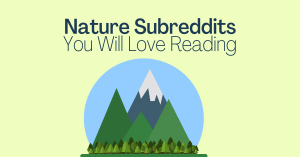