Worms can be very useful in your garden and in your compositing bin for that matter but what do they eat, exactly? Well, that depends on the type of worm, really.

Let’s take a look at the dietary habits of your typical decomposing worm.

There are over 1 million species of worm on the planet earth.

That means they can be found in nearly every part of the ecosystem and many worms are parasites which either feed directly on their hosts or the host’s food source.

However, this wouldn’t be a very interesting article if we said that worms love to eat everything and then closed the book.

The worms we’re looking at are decomposing worms which include the “earthworm” and a myriad of related species.

They live in your yard, your composting bin and in many other places in nature and their job is to help break down dead things in the soil and help return the nutrients that they contain into the soil.

So, What Do Worms Eat?

It’s fair to say that worms are quite hungry blighters and they can consume up to their whole bodyweight in food every day!

That makes them one of the hungriest things in nature.

They will happily consume food scraps of both plant and animal matter including things such as eggshells, meat, fruits, vegetables, banana peels, etc. they’re not particularly fussy when it comes to their worm food, worms like almost anything, but we have to discuss what worms don’t like.

What Should I Feed My Worms?

This is the more important question, of course, when it comes to keeping worms in a composting bin or worm bin there are things you should avoid feeding them to ensure you have a healthy little worm farm.

They can eat meat and dairy products but, honestly, don’t bother putting these items down for your worms, if you do – your worm bin is going to stink. The scents of rotting flesh and diary are not easy to endure and we strongly recommend that you don’t do it. It will also attract a large amount of flies and fruit flies.

Next, you need to be careful about the origins of any fruit peel or vegetable skins that you feed the worms – while they will happily munch through this stuff and it won’t smell bad, if they were treated in pesticides they can kill your worms off.

So, it’s best to buy organic matter and if you’re in any doubt about the use of pesticides, it’s better not to dump them on your composting worms and worm farm..

You may also find that worms don’t react well to chili or strong peppers as they can burn their skin.

Heavily salted food scraps are also a no-no for your worm bin as they can dry the worm out or even kill it. Salt is, generally speaking, not so healthy for anything that’s sort of slimy.

You can certainly feed them grains but we’d caution you against dumping large amounts of grains into a compost bin. If you add them faster than your worms can eat them then you risk attracting the neighborhood rodents which will be only too happy to eat them, and your worms and destroy your composting environment for you.

After that, they may look to move into your home to get extra food supplies. You probably don’t need rats as visitors, right?

Other things to avoid are citrus fruits which seem to irritate worms and, in particular, make sure you stay away from pineapple (it has an enzyme in it that will kill worms).

Processed food is also best given a wide berth as worms may not react well to the chemicals.

So, with that in mind, here’s a short list of good food for your worms:

Are you interested in composting at home? Don’t miss our compost at home guide.

Looking for the best compost bins? Check out 7 Best Compost Bins for 2020. 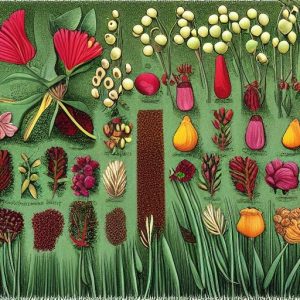