If you’ve ever been scuba diving then you’re probably familiar with the neoprene wetsuits that divers wear.

Neoprene fabric, however, has much more diverse uses than just wetsuits.

But is it eco-friendly?

It’s worth a close look at neoprene rubber to see if we could be using a more environmentally friendly alternative.

We sent one of our trusty research interns out into the world wide web and this is their findings.

What, Exactly, Is Neoprene? Natural Rubber Or Synthetic Rubber?

Firstly, we should note that neoprene is not a natural rubber but rather a synthetic rubber that is waterproof (great in wet and cold environments), highly durable, and thermally stable.

It is also resistant to chemical and corrosive attacks, which is why you can find the solid rubber in corrosion-resistant coatings as it’s an ideal material for weather-resistant properties.

It’s robustness also makes it great for use in shock absorber seals.

Neoprene, like many things, was invented just before World War II in a raft of synthetic rubbers designed by the DuPont corporation.

The inventor was one Dr Elmer K Bolton who had been inspired by a lecture at the University of Notre Dame given by Father Julius Arthur Nieuwland.

It was originally called DuPrene but the free-radical emulsion polymerization technique used to make it had left the compound with an unpleasant odor and it needed to be reformulated for industrial machines.

Once they figured out how to manufacture it without the stink the American Dupont corporation decided not to continue making neoprene end-products and instead outsourced the product to other factories.

They dropped the trademark and opt for Neoprene instead.

What About Neoprene Fabric Is That Different?

Neoprene has much higher levels of physical and chemical resistance than other forms of rubber. This makes it very useful for a whole range of neoprene products such as coatings, gaskets, etc.

Its insulating properties make it an excellent choice for electrical insulation and it’s easy to create sheets of neoprene which can be used for sound insulation too.

It is harder to burn than other rubbers too which makes it useful for the seals on fire doors, etc.

Because of its ability to withstand relative extreme temperatures and extreme conditions in general, neoprene is also the material used to line landfill sites.

Neoprene also has a “closed-cell” chemistry that makes it excellent at resisting cold water and is why it is often chosen as the material for wetsuits. Wet suits made of neoprene tend to keep the wearer dry and warm better than other water-resistant materials can.

What Are The Advantages Of Neoprene Fabrics?

As with all petrochemical-derived fabrics neoprene has some advantages and disadvantages.

The main advantages of neoprene are:

What Are The Disadvantages?

Neoprene is not without its disadvantages too:

Neoprene is a very useful material but it’s worth noting that it is not without its drawbacks and it is certainly not an “eco-friendly” material though there are, currently, no eco-friendly materials with the same properties as neoprene has.

It may be best avoided except in circumstances that demand the full range of useful properties that neoprene has to offer.

If you found this guide to neoprene useful, you may also enjoy our answers to what is cork, what is lyocell, and what is modal fabric. 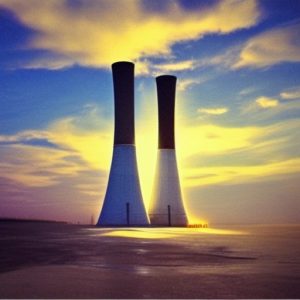